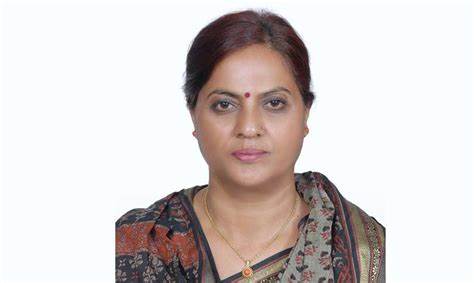 Deputy Speaker of the House of Representatives Pushpa Bhusal has highlighted the need to consistently raise the issue of disarmament of nuclear arms and ammunitions.

In her address to a programme organized by Nepal Afro-Asian People Solidarity Organization to mark the 77th Hiroshima Nagasaki Memorial Day in the capital today, she spoke the importance of continuously conducting intellectual debate on the issue of disarmament.

The Deputy Speaker expressed her firm commitment to the global campaign of eliminating nuclear weapons and advance peace in the globe. She also underscored the need of best utilizing technology to steer ahead the country to the path of development and prosperity rather than misusing it.

“We should reflect and learn the past events so as to utilize them for the country’s development and prosperity”, she said. Presenting a working paper on nuclear bombing on Hiroshima and Nagasaki, Prof Dr Moti Bhusal of Tribhuvan University Department of Chemistry said the whole world would be invariably affected if the nuclear-rich countries engage in a war. Nepal’s neighbouring countries are also storing nuclear arms, he said the Himalayan country would bear a huge loss if nuclear leakage occurred in any pretext.

Commenting on the paper, Prof Dr Mandira Pradhananga of the Department said she had visited the bomb-ravaged area and found local people there are still living a terrified life. “Hiroshima and Nagasaki is still tearing”, she added. On the occasion foreign affairs expert Hiranya Lal Shrestha said the nuclear disarmament should be implemented to safeguard the humanity.

“Nepal is in middle of arm-rich countries, China, India and Pakistan. Mere leakage would be enough to affect us immoderately”, he said. Association Chairperson and former Minister Kripasur Sherpa said all types of weapons and military equipment should be put to an end across the globe.

Other speakers have also called for effective implementation of disarmament of nuclear weapon to make the earth a safe place to live in. On 6 November 1945, the United States of America had dropped atomic bombs in the Japanese cities, Hiroshima and Nagasaki, wherein tens of thousands people had lost their lives and thousands injured. Seventy seven years on, the campaign to abolish nuclear weapon has become more challenging.