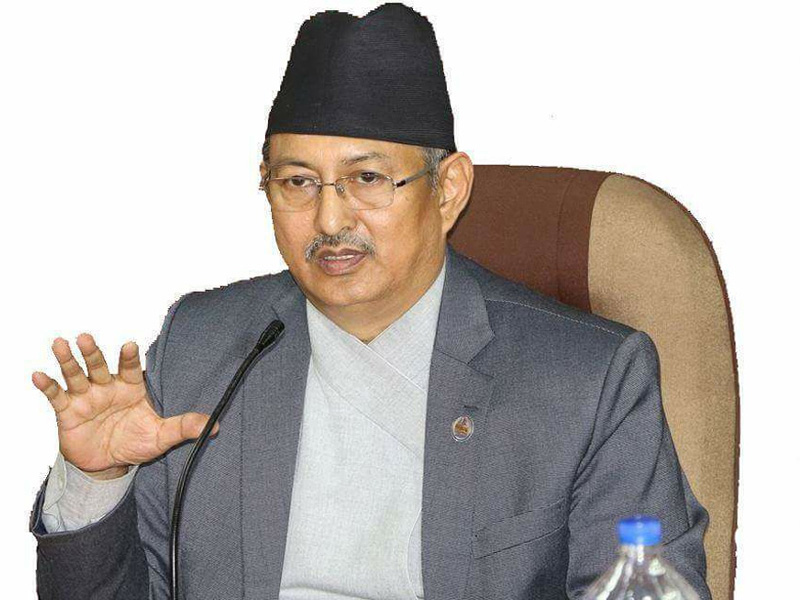 Home Minister Bal Krishna Khand has said that the government was committed to implementing the agreement reached with the Netra Bikram Chand-led Communist Party of Nepal.

Speaking at a press today, he said the three-point agreement reached with the party by the erstwhile government was already under-implementation. The government’s subordinate agencies are working to implement the agreement, as per the policy to resolve political problems through talks and dialogue. The process has also moved forward to release the arrested leaders and withdraw cases as per the constitution and the law, he said.

“The home ministry, law ministry and the office of the attorney general are all working together to implement the agreement,” the Home Minister said. On the occasion, Minister for Law, Justice and Parliamentary Affairs Govinda Prasad Sharma (Koirala) said bans have been lifted and the process to release leaders and cadres have begun.

He also shared that of the 610 cases filed in 60 different districts against the leaders of the party, 523 have been cleared while 87 are in the process of being dealt with. Attorney General Khamma Bahadur Khati said process of case withdrawal is taking place as per the constitution and the law. He also said that decision has been taken in a way to prevent appeal in the cases filed against the leaders.