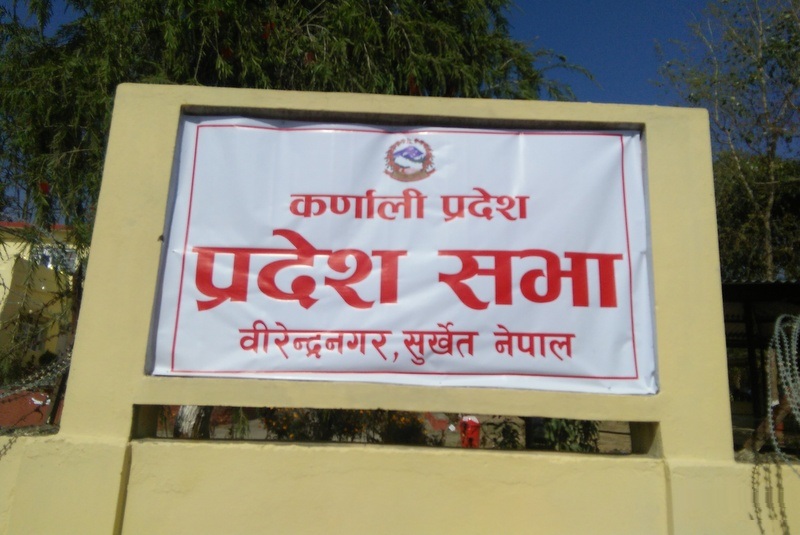 The Chure range and Lesser Himalayas, which is known as lower Himalayan region, in the Karnali Province is considered to be at high risk for earthquakes. Researchers and experts said the most active fault line of the Himalaya is created in the western part of the country.

Presenting a working paper on “Sensitization and Dissemination Workshop on Earthquake Impact Modelling” on Monday organised by the Ministry of Internal Affairs and Law with support from the EU, UNDP, UN Women and other agencies, Seismologist Dr Dipak Chamlagain said the most active fault line of the Himalaya could form in the west Nepal and the chances are likely, as per the scientific research, for the earthquake up to 8.5 in magnitude.

In the workshop, Dr Chamlgain shared his ideas about the possible damages that could occur from the quakes of 8.6 and 7.8 in Richter scale.

According to Dr Chamlagain, Dailekh, Salyan, Surkhet and Jajarkot of Karnali Province are at high risk of earthquake and Dailekh is in the top list of the risk zone. As per his forecast, around 42,328 buildings would be damaged and Surkhet district would witness the highest number of casualty and the humanitarian loss could be high if the quakes happen on holidays. Dr Chamlagain shared that Gulmi, Bajhang, Pyuthan, Baglung, Rolpa, Achham, Baitadi, Dailekh, Kalikot and Dhading are more vulnerable to earthquake in Nepal adding that the quakes in Nepal take place generally from 10 to 30 kms.

On the occasion, Secretary at the Office of the Chief Minister and Council of Ministers Ananda Saru said disaster response plans for the province and local levels and Disaster Risk Reduction Act, Policy and Strategic Plans should be prepared for the province level. During the workshop, recommendation was received for earthquake impact modelling and estimation of total damages by carrying out seismic hazard microzonation. Likewise, the experts called for enhancing disaster preparedness and resilience capacity of the government bodies, community, private sector and other stakeholders.