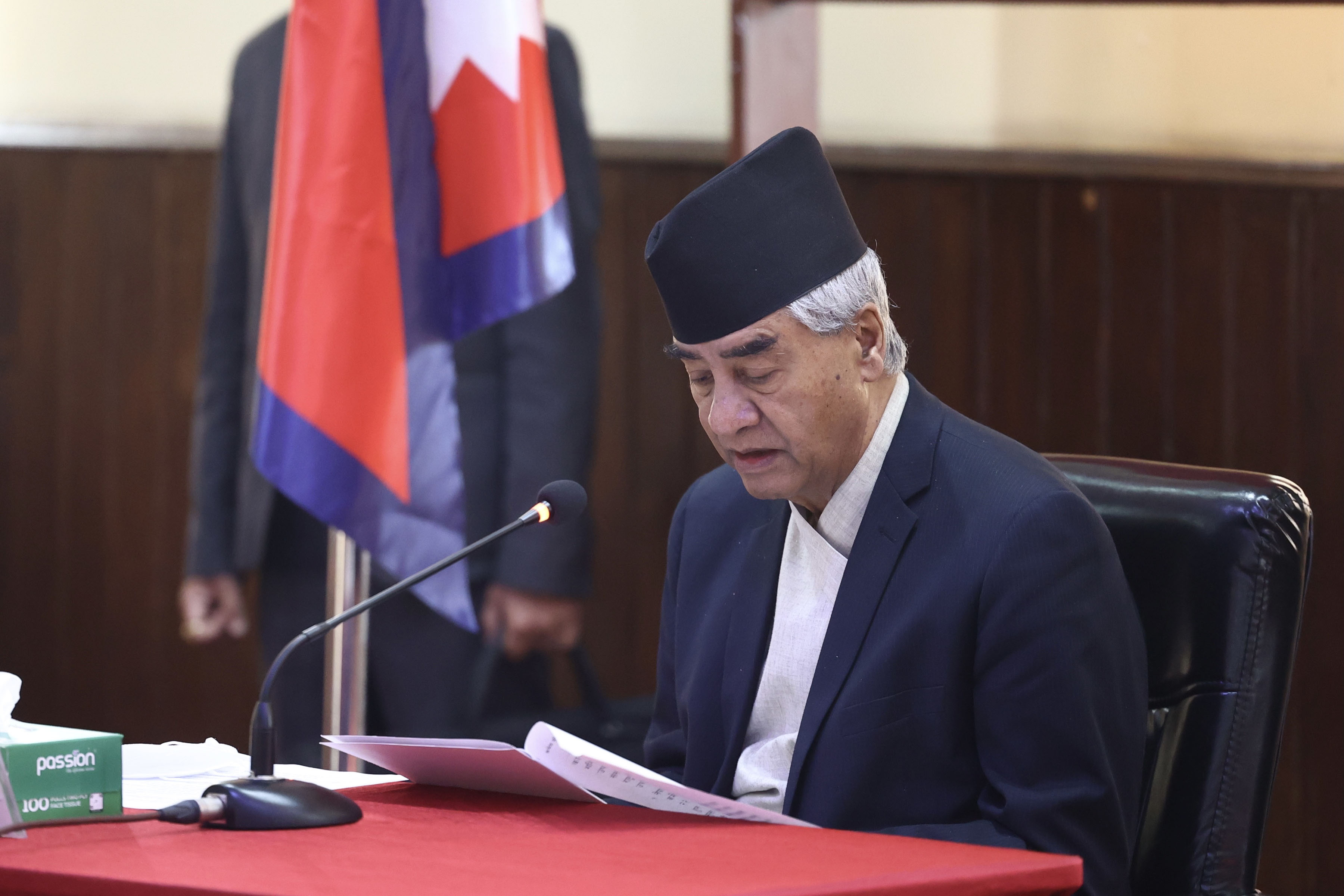 Prime Minister Sher Bahadur Deuba has said Nepal should produce talented players so that they can compete in the international stage with high confidence.

Speaking at a programme organised on 59th anniversary of National Sports Council (NSC) in the capital city on Saturday, the PM said Nepali sportspersons have kept the nation’s dignity high in the recent days and called for further progress in this issue. Victory of our players in the international tournaments is a matter of pride for all of us, the PM said while thanking all the players and trainers for the success. Saying that further sharpness in the performance of Nepali players was today’s need, PM Deuba assured of full supports on behalf of the government for such steps, expecting that great success of Nepali sportspersons would further increase Nepal’s dignity.

On the occasion, PM Deuba said achievements of Nepali players made so far amid limited means and resources was praiseworthy and expressed his pleasure for the outstanding performances of Nepali players made at home and abroad amid different challenges. PM was of the view that players making best performances in the national and international tournaments are the country’s treasures adding that the government has valued them highly. The government was effortful of encouraging the sportspersons with monetary and non-monetary supports at the best possible level, the PM stated. Similarly, PM Deuba said economic wellbeing as well as sports infrastructure were the crucial things for the capacity building of the players and shared the government plan to build international-level sports infrastructure and regular training for the players.

The PM also directed the related ministries and NSC to make proactive moves to create favourable environment for organising international-level sports tournaments and also to regularly organise national-level and province-level sports activities. PM Deuba also cautioned the stakeholders for the brain drain from the sports sector if such events were not regularly organised. Also speaking at the event, Minister for Youth and Sports Maheshwor Jung Gahatraj said the government was working for legal provision to announce the cash prize of Rs 13 million to the gold medalist in the Olympic Game. Minister Gahatraj also said the gold medalist of the Asian Games will get Rs 3 million in cash.