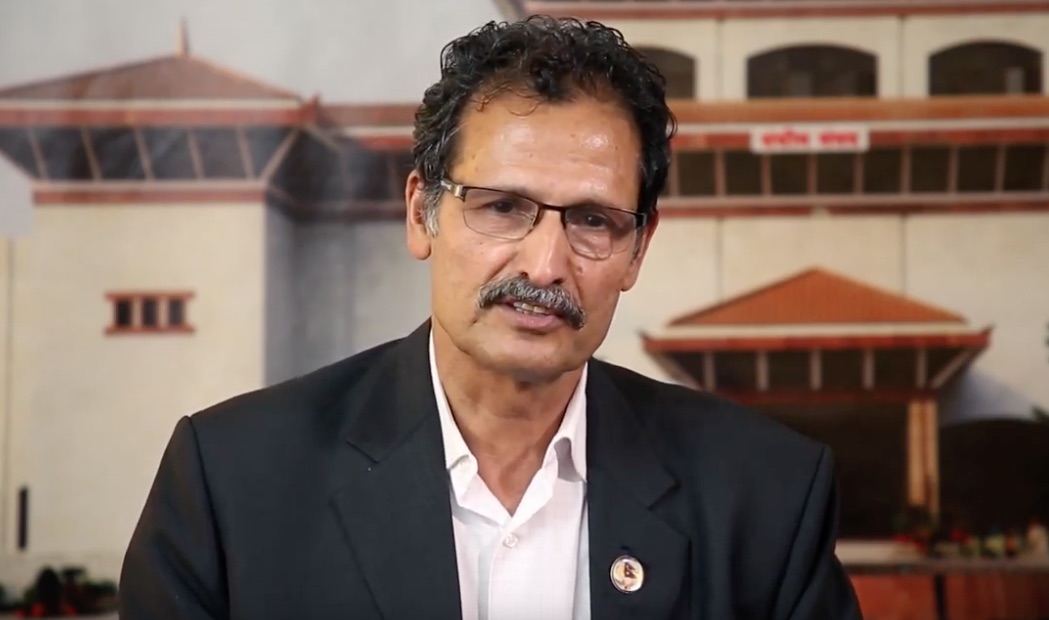 Speaker of the Federal Parliament, Agni Prasad Sapkota, hosted a banquet on Monday evening in honour of Li Zhanshu, Chairperson of the Standing Committee of the National People’s Congress of the Republic of China. During the dinner also hosted in honour of Chairperson Li’s 67 delegates, Speaker Sapkota extended his gratitude towards Chairperson Li for visiting Nepal at his invitation.

Li arrived Nepal on Monday for a four-day state visit leading a 67-person delegation including six high-ranking officers, security personnel, journalists and other staffs. Speaker Sapkota also expressed his confidence that high-level meetings as such between the two countries would add a new height in bilateral relations between the two countries and a new dimension would be added at people-to-people level. Similarly, Chairperson Li said that he was the first person to visit Nepal in the capacity of Chairperson of the Standing Committee of the National People’s Congress in China, while expressing his gratitude towards Nepal’s invitation and ‘warm’ reception.

Furthermore, present in the reception were Minister for Home Affairs Bal Krishna Khand, Minister for Energy, Water Resources and Irrigation Pampha Bhusal, parliamentarians, officials of the Ministry of Foreign Affairs as well as general-secretary at the Secretariat of Federal Parliament and distinguished personalities as well as media persons. Earlier, Speaker Sapkota and Chairperson Li signed a six-point Memoraum of Understanding (MoU) on inter-parliamentary cooperation as per the agreement made in the bilateral talks at the office of Federal Parliament.