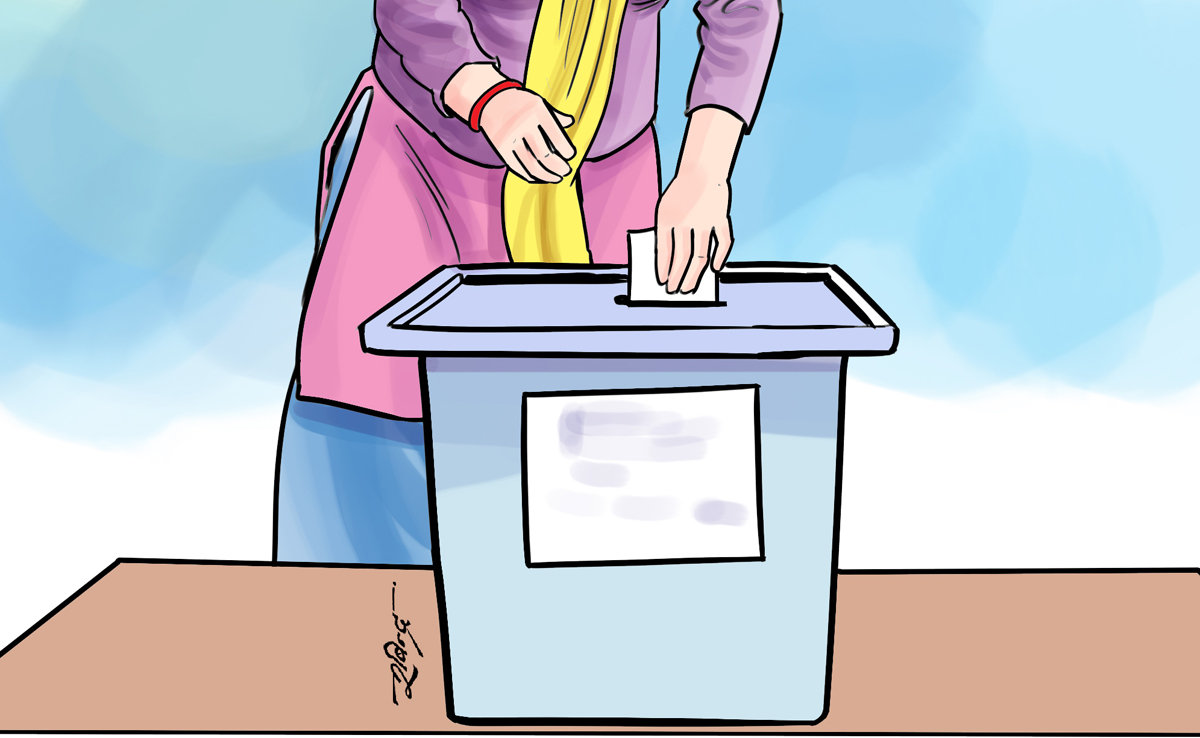 The government has called the people to vote confidently in the election on Sunday as the adequate security arrangements were in place for it. Secretary at Home Ministry, Binod Prakash Singh, said nearly 300 thousand security persons were mobilized to ensure safe election.

He urged all not to doubt the election security. There are 115 thousand temporary police mobilized for the election where there will be three layers of security in view of the sensitivity of voting centre- Nepal Police in the first layer, Armed Police Force in the second, and Nepali Army in the third layer. All preparations are over for the election to the House of Representatives and Provincial Assembly being tomorrow, said Singh while talking to Rastriya Samachar Samiti (RSS) on Saturday evening, “All four bodies of security agency are mobilized with utmost responsibility. I call the people to vote confidently reaching the nearest voting centre from 7:00am to 5:00pm tomorrow.”

He claimed that security persons are able to counter any untoward incident. They are mobilized with high morale, Singh viewed. Secretary Singh also thanked security forces for showing their bravery and doing their best in providing security despite geographical difficulties and adverse weather condition in some cases. Security agencies are committed to conduct the elections in a free and fear-free manner, he said. Security situation was normal in all polling centers of all 77 districts across the country, said Deputy Inspector General of Police Tek Prasad Rai, also the police spokesperson. He also urged voters to cast their vote without fear, as he said there was adequate security arrangement.

There are a total of 17,988,570 voters registered with the EC and 22,227 voting centres in 10,892 polling stations, according to the Election Commission. Similarly, 141 temporary polling centres have been set up and around 450,000 temporary voters could cast their vote from their nearest convenient polling centres under the Proportional Representation.