That’s when all hell broke loose’: Coronavirus patients start to overwhelm US hospitals 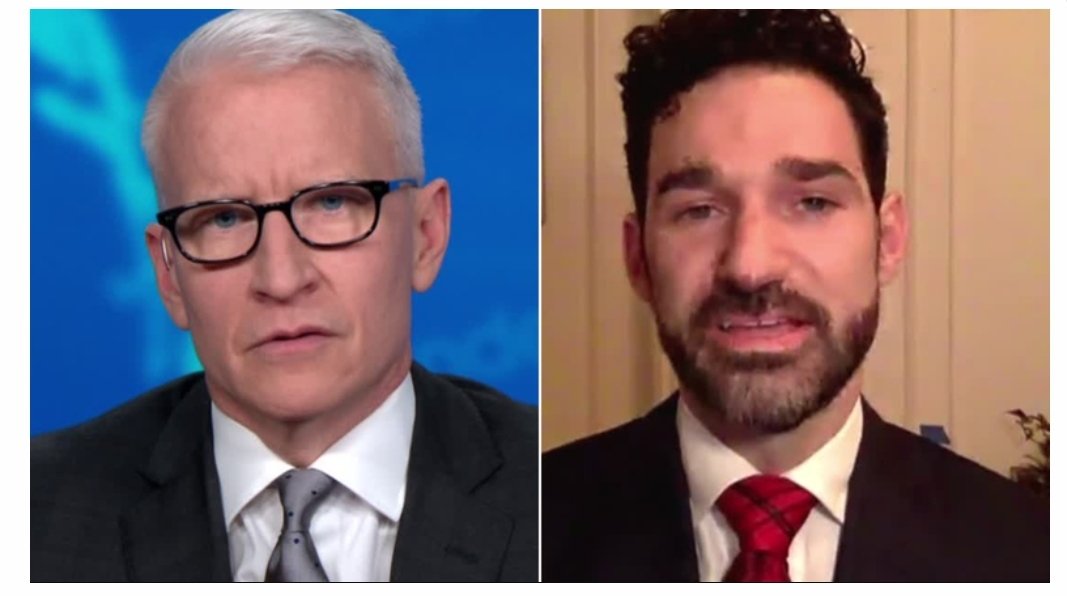 (CNN)”We ended up getting our first positive patients — and that’s when all hell broke loose,” said one New York City doctor.The doctor, who spoke to CNN on condition of anonymity out of concern for his job, described a hospital that was woefully unprepared for an influx of Covid-19 patients that started roughly two weeks ago — which has already stretched the hospital’s resources thin and led to severely ill patients outnumbering ventilators.”We don’t have the machines, we don’t have the beds,” the doctor said.”To think that we’re in New York City and this is happening,” he added. “It’s like a third-world country type of scenario. It’s mind-blowing.”At first, patients skewed toward the 70-plus age group, but in the past week or so there have been a number of patients younger than 50.”I don’t think they understand the severity of this disease,” the doctor said of the younger patients.”Two weeks ago, life was completely different.”

Public health experts, including US Surgeon General Dr. Jerome Adams, have warned the US could “become Italy,” where doctors in hospitals filled with Covid-19 patients have been forced to ration care and choose who gets a ventilator.But the US may already be seeing the beginnings of this in some areas, marking a new stage of the nation’s outbreak.

“The reality is that what we’re seeing right now in our emergency rooms is dire,” said Dr. Craig Spencer, director of global health in emergency medicine at NewYork-Presbyterian/Columbia University Medical Center in New York City.”Last week when I went to work, we talked about the one or two patients amongst the dozens of others that might have been a Covid or coronavirus patient,” Spencer told CNN’s Anderson Cooper Tuesday. “In my shift yesterday, nearly every single patient that I took care of was coronavirus, and many of them extremely severe. Many were put on breathing tubes. Many decompensated quite quickly.”There is a very different air this week than there was last week.”

Officials in New York state are pushing hospitals across the state to increase capacity. The state is home to more than 6% of the world’s confirmed cases so far — and roughly half of all US cases.In New York City, plans are also underway to build emergency hospitals and backfill other hospitals with 1,000 beds in the Javits Center, according to New York Gov. Andrew Cuomo. In addition, thousands of doctors and nurses, who are either retired or no longer see patients, have signed up as a “surge health care force,” Cuomo said Wednesday.There are simultaneous effort to procure ventilators for the most severe patients. According to Cuomo, New York has procured 7,000 ventilators in addition to 4,000 already on hand, and the White House said Tuesday that the state would receive two shipments of 2,000 machines this week from the national stockpile. But the state needs 30,000, Cuomo said.The Strategic National Stockpile said Wednesday that it held approximately 16,660 ventilators before the coronavirus response, and ventilators have been deployed over the past few days.

“An outbreak, a pandemic like this could overwhelm any system in the world,” warned Dr. Anthony Fauci, the United States’ top infectious disease expert. Without enough ventilators, “that’s when you’re going to have to make some very tough decisions.”Cuomo also described the extreme measures hospitals are planning to take to increase their capacity for patients who need intensive care.”We’re going so far as to trying an experimental procedure where we split the ventilator,” Cuomo said Tuesday. “We use one ventilator for two patients. It’s difficult to perform, it’s experimental, but at this point we have no alternative.”

It’s not just New York that’s feeling the pressure. Hospitals across the country are seeing a surge of patients, a shortage of personal protective equipment such as masks and gowns, and health care workers who feel that they, their families and their patients are being put at risk.Several nurses around the country also spoke to CNN on condition of anonymity, also fearing they could lose their jobs.

One ER nurse in Virginia described her hospital as “exceptionally chaotic,” with an emergency department where potential Covid-19 patients were sitting next to patients with other health conditions.”You have an elderly couple that is having chest pain sitting right next to someone who has a cough and flu,” she said. “I think that’s extremely reckless.”She said she hadn’t hugged her daughter since the outbreak started, for fear she may pass anything on to her.Another nurse in Georgia said she was repeatedly denied testing, even as her own symptoms worsened over the course of a week. The nurse, who had cared for several patients who died of pneumonia but were never tested for Covid-19, was finally tested Tuesday — the same day she was admitted to the hospital and put in isolation.”It was not until this morning that I could finally be tested,” she said as she gasped for breath between heavy coughs. “It is insane. And it’s infuriating. You feel you have to scream to even be heard.”Judy Sheridan-Gonzalez, an ER nurse at Montefiore Medical Center and president of the New York State Nurses Association, said that “everybody is terrified” about becoming infected because many lack the proper protective gear, and many are being told to reuse the same mask between multiple patients.Sheridan-Gonzalez said she fears not having enough ventilators or staff to take care of everyone, but it hasn’t “hit that level yet” at her hospital.

Similarly, one New York City private hospital executive, who requested anonymity, told CNN that “many hospitals believe they are covered on ventilators. That doesn’t mean some are not.”Still, the shortage of personal protective equipment continues to impact his and other hospitals.For Sheridan-Gonzalez, the risk of becoming infected amid a shortage of masks and gowns is all too real.”We feel an obligation to take care of our patients. Everybody does. But we don’t want to become sick and we also don’t want to become carriers,” she said. “In my own hospital — and I don’t think it’s unique — we have a nurse who is on a ventilator right now who contracted the virus.”If the virus takes out health care workers, “it’s game over. It’s lights out,” Dr. Peter Hotez, professor and dean of the National School of Tropical Medicine at Baylor College of Medicine, previously told CNN.”If we have multiple frontline health care workers, ER physicians, nurses go down in this epidemic — a situation where you have colleagues taking care of colleagues in the intensive care unit — there’s nothing more destabilizing for the United States.”

The capacity of US health systems is at the core of the effort to “flatten the curve” — to spread out the number of infections over time through measures such as social distancing.The goal: to prevent hospitals from seeing a massive spike of patients arriving around the same time.

On Tuesday, President Donald Trump said he wanted the nation “opened up and just raring to go by Easter,” which is April 12 — a date that few health experts believe will be sufficient to contain the spread of coronavirus.Earlier this month, Fauci said “it probably would be several weeks or maybe longer before we know whether we had an effect” on flattening the curve, and on Tuesday he emphasized the need to be “flexible” in the timeline Trump laid out.”Obviously, no one is going to want to tone down things when you see things going on like in New York City,” Fauci said Tuesday.Some in New York don’t foresee the outbreak abating anytime soon.On Wednesday, Cuomo said he expects to see peak numbers of patients in approximately 21 days, based on current projections.

“We’re really at the beginning of this outbreak,” said NewYork-Presbyterian’s Spencer. “And you can feel that. You can sense that. It’s palpable on the front lines in the emergency department.”In a series of tweets early Tuesday, Spencer urged people to practice social distancing in order to save lives: “We were too late to stop this virus. Full stop. But we can slow it’s spread.”Hospitals are nearing capacity. We are running out of ventilators,” he said. “Ambulance sirens don’t stop.”

(Copied from CNN: the source is here in the link: https://edition.cnn.com/2020/03/25/health/coronavirus-covid-hospitals/index.html