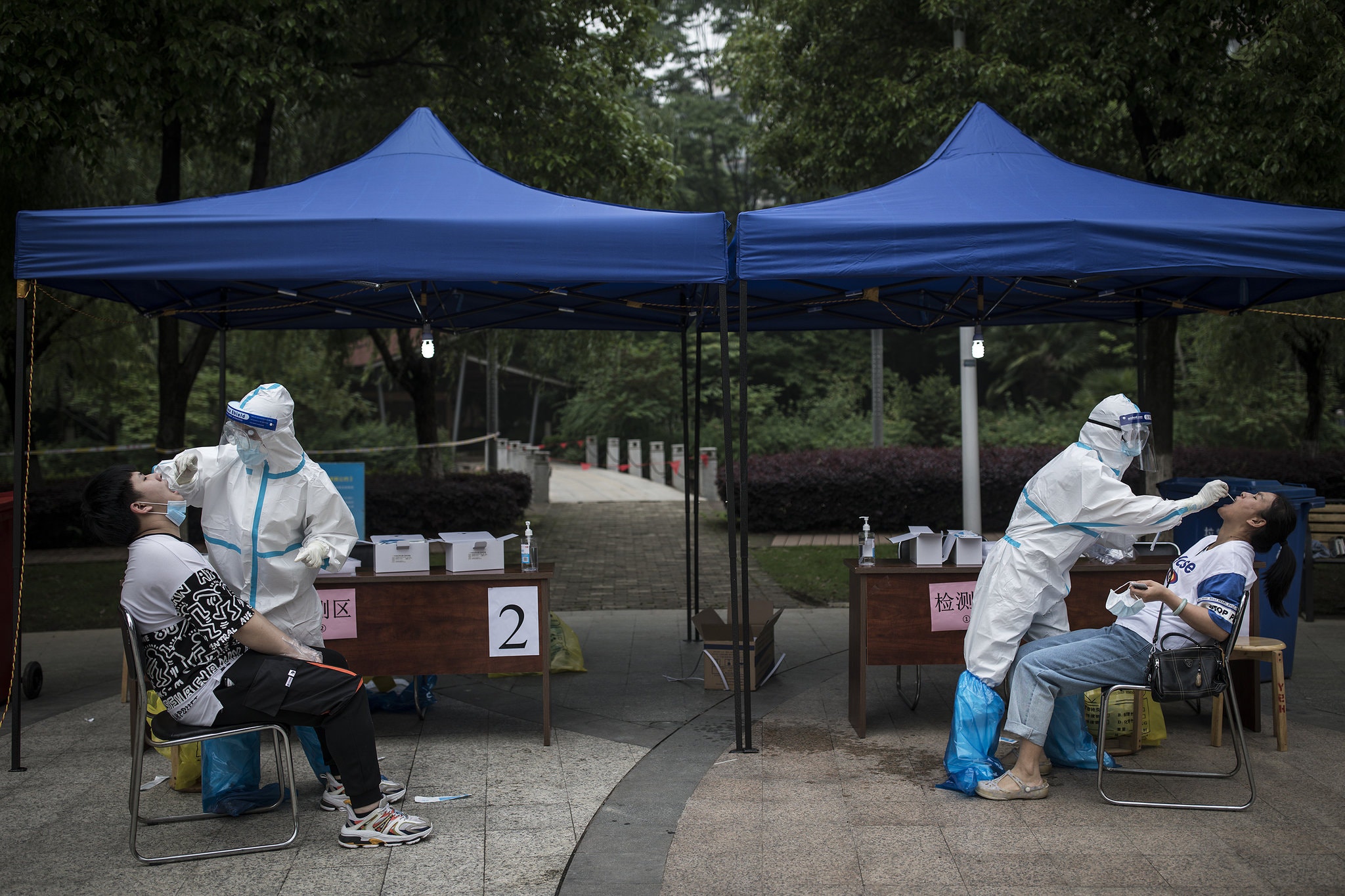 President Xi Jinping of China defended his country’s handling of the outbreak. Today is the deadline for public companies in the U.S. to decide whether to return P.P.P. loans. A vaccine trial shows promising early results.

The World Health Organization is holding its first global assembly since the outbreak of the pandemic on Monday, an extraordinary virtual meeting of heads of state and health experts from around the world to try to coordinate an effective international response to a crisis that is far from over.

Even as nearly every state across the United States eased restrictions on movement and European nations pushed to restart stalled economies, the virus was still spreading rapidly in other parts of the world, including in Brazil, which has seen explosive growth in new cases in recent days.

Dr. Tedros Adhanom Ghebreyesus, the director general of the W.H.O., said the gathering was perhaps the most important for the world body since it was founded in 1948.

But there is a risk that the gathering serves to underscore division rather than promote unity. President Trump and European and Australian officials are calling for a W.H.O. investigation into China’s handling of the virus and its origins there. They are accusing China of allowing the virus to spread worldwide by suppressing or withholding vital information about it after it emerged in Wuhan in December.

President Xi Jinping of China addressed the assembly Monday morning and defended his nation’s handling of the outbreak, saying that officials had acted with transparency.

“We have done everything in our power to support and assist countries in need,” he said.

Mr. Trump’s own response to the pandemic has been criticized as slow and ineffective, as he has abdicated responsibility to the nation’s governors and clashed with his scientific advisers. The United States has by far the world’s worst known outbreak, accounting for more than 1.4 million cases of the global total of about 4.6 million, and nearly 90,000 of the global total of more than 314,000 deaths.

Mr. Trump has sought to deflect some of the criticism aimed at him by stirring anger at China and the W.H.O. Last month, after repeatedly claiming that the organization had been too quick to believe the information about the virus coming from China, he ordered his administration to halt funding for the organization — a loss of hundreds of millions of dollars, although his administration has raised the possibility of partly restoring it. (Copied from the New York Times)