Breaking news: A large blast in Beirut, killed 70 people and injured more than 2,700 others 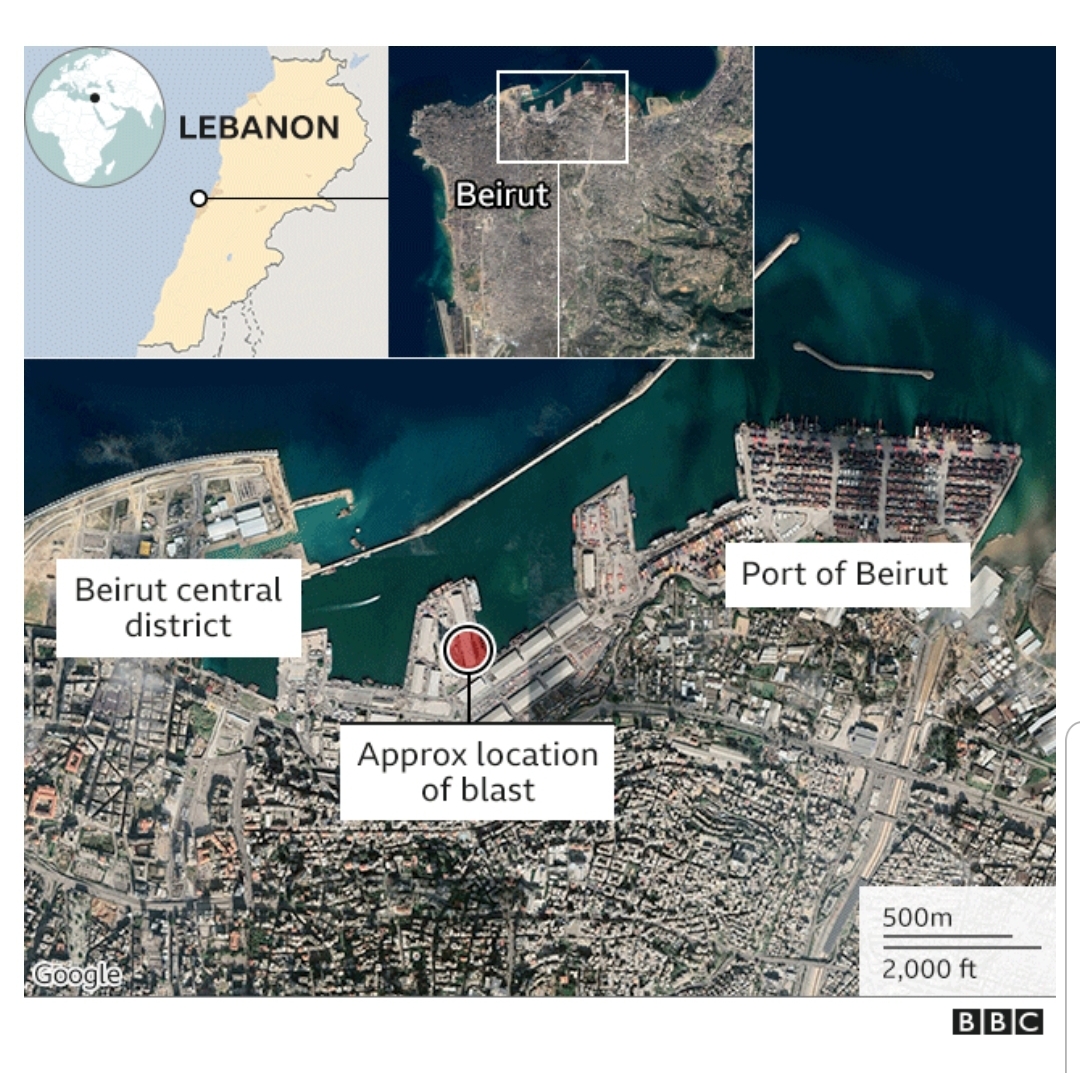 A large blast in the Lebanese capital, Beirut, has killed at least 70 people and injured more than 2,700 others, the health minister says.
Videos show smoke billowing from a fire, then a mushroom cloud following the blast at the city’s port.
Officials are blaming highly explosive materials stored in a warehouse for six years.
President Michel Aoun tweeted it was “unacceptable” that 2,750 tonnes of ammonium nitrate was stored unsafely.
An investigation is under way to find the exact trigger for the explosion. Lebanon’s Supreme Defence Council said those responsible would face the “maximum punishment” possible.
Hospitals are said to be overwhelmed and many buildings have been destroyed.
President Aoun declared a three-day mourning period, and said the government would release 100 billion lira (£50.5m; $66m) of emergency funds.
A BBC journalist at the scene reported dead bodies and severe damage, enough to put the port of Beirut out of action.


Prime Minister Hassan Diab called it a catastrophe and said those responsible must be held to account.
He spoke of a “dangerous warehouse” which had been there since 2014, but said he would not pre-empt the investigation.
Local media showed people trapped beneath rubble. A witness described the first explosion as deafening, and video footage showed wrecked cars and blast-damaged buildings.
“All the buildings around here have collapsed. I’m walking through glass and debris everywhere, in the dark,” one witness near the port told AFP news agency.
The blast was heard 240km (150 miles) away on the island of Cyprus in the eastern Mediterranean.
The explosion comes at a sensitive time for Lebanon, with an economic crisis reigniting old divisions. Tensions are also high ahead of Friday’s verdict in a trial over the killing of ex-Prime Minister Rafik Hariri in 2005.