A thatched house: My journey of survival

On the 25th of April 2015, an earthquake measuring 7.8 magnitude in Nepal killed approximately 9,000 people and injured some 22,000. Two years later, it rained for a week or two, triggering enormous floods. The Nepal Red Cross Initial Rapid Assessment (IRA) reported that a total of 1.7 million people were affected. Newspapers made it banner news. Different print and online media covered stories with photographs and video clips that showed children and logs being swept away by the flood and a cordon of armies rummaging to rescue the victims. People published poetry, read about it on the street, and in cafes, posted about it on social media. They crafted stories, published and told. The flood deluged homes and animals, and engulfed a child that escaped the mother’s hand and moved away floating like a log until it hit the horizon. The flood cascaded downward mangling dams. That year a photo journalist was rewarded for the best picture, the picture of a child floating and a bewailing mother on the side.

The house stored beehives and bees; I used to run eating and sucking honeycombs with both of my hands, honey dripping off of my elbows and my mouth painted with sticky layers of honey, which when dried coated my face with a filmy layer of translucent sweetness.

It made my memories buried for many years about a flood surface. I Googled to explore the loss and damage the flood had caused but to no avail, and I had to rely on information my father shared. It was the early eighties. I was four then. Heavy monsoon rain for a week had risen up and outstretched the water level in the Bakra rivulet very high and wide. The rivulet was a mile away towards the west from my parents’ house in Charghare in the village of Madhumalla of the Morang district.  The house had survived many seasons. My mother had gone through her labor pain in that house when I was in her belly. My father along with his brothers had toiled for a month to build the house. The house stored beehives and bees; I used to run eating and sucking honeycombs with both of my hands, honey dripping off of my elbows and my mouth painted with sticky layers of honey, which when dried coated my face with a filmy layer of translucent sweetness. The house had a sublet of a small barn for cattle, and a store room for harvested crops to save them until next winter. It was a thatched house but much better, stronger, and spacious than the house we would have to eventually build. The Bakra rivulet swelled up due to heavy rain and started eroding the land miraculously by expanding its breadth horizontally, covering the vast swath of land and stealthily approached our house until it was a few meters way. And that had just happened in one night. Viewing the flood from the top of the house, one could see nothing but water and water everywhere that had completely covered all the land far and beyond that my father said made him feel as if he was on top of a miniscule island without any people or boats or ships around. He saw logs, debris, and dead animals floating around.  Since then the Bakra rivulet became the Bakra River. Social media as we know it today did not exist, nor had we in the countryside any print or electronic media to learn of death tolls and displaced families. People had started leaving the place: some grabbed their belongings and rowed flat boats made of banana stems or bamboo sticks, crossing the vast swollen swath of water towards the east, in the opposite direction of the river.  I remember the swollen red tear filled eyes of people escaping. They looked in pain. Those who had nowhere to go seemed worried about what might happen if it continued raining. “But we waited expecting it would stop raining and the water level would decrease,” my father said. “We believed in luck. We had nowhere to go.”

Thankfully, it stopped raining. It had taken another week for the water level to subside. “And it looked even more horrible,” my father said. The undulating floods and landslides had swept away our 10 acres of land leaving just the house with dead bodies of animals and debris around. It had taken all the land, along with our crops, of maize and rice, our only source of food and income.

I vaguely remember those nights when it rained; all our family members gathered in unison in a single room and started praying to God Indra, the God of rain in Hindism. They placed their hands together in a Namaste posture and wished that nothing would happen to themselves and their children. They all chanted the same mantra in whispering, trembling voices with fear in their face, “rahi, rahi, rahi,  Indra.”

Our extended family lived in the house: my father, mother, grandfather, grandmother, my father’s brother and his wife and two children and my father’s two younger brothers and myself. I vaguely remember those nights when it rained; all our family members gathered in unison in a single room and started praying to God Indra, the God of rain in Hindism. They placed their hands together in a Namaste posture and wished that nothing would happen to themselves and their children. They all chanted the same mantra in whispering, trembling voices with fear in their face, “rahi, rahi, rahi,  Indra.” They were asking Indra to stop the rain. I believe now that the unity of all the family members chanting the mantra in unison helped the rain to stop and the Bakra river from sweeping us away and our house and animals in the barn.  “We were lucky,” my father said. “We were spared.”   There was nothing left but a thatched house for the joint family to eke out a living, so my parents had to make a decision. Leaving other family members to fend for themselves, my parents decided to migrate to Gauradaha of the Jhapa district which was 30 miles further south, where my grandparents from my mother’s side lived, in search of food, clothes, and housing. It was not going to be an easy journey because, my five-month old sister was growing like a tendril in my mother’s distended belly, which looked bigger than a watermelon. There was no bus route, and one had to walk through woods like jungle that was scarcely trodden and infested with the fear of wild creatures, mostly snakes and unnamed others. At that time, there were no vehicles on that route besides on the East-West Highway that passed by a little town named Urlabari which was 4 miles away from where our land was swept away. The forest, extended across the district where one could still fear catching Encephalitis, a great epidemic although it had been eradicated in the 1950s. People used to walk along rarely trodden paths across the jungle in groups due to the fear of thieves who could steal your jewelry or ornaments at knife point. Every 6 to 7 miles in a small clearing you would see a small footpath market containing scanty grocery stores and a few small teashops surrounded by a residential area that looked like a hamlet. (to be continued…) 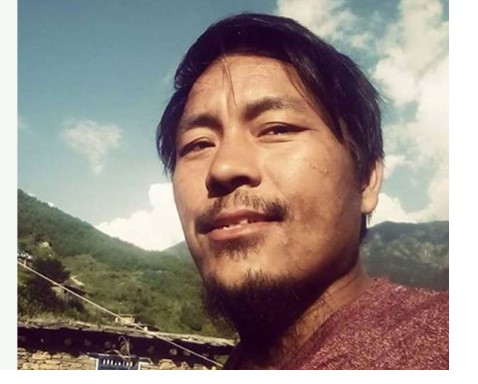 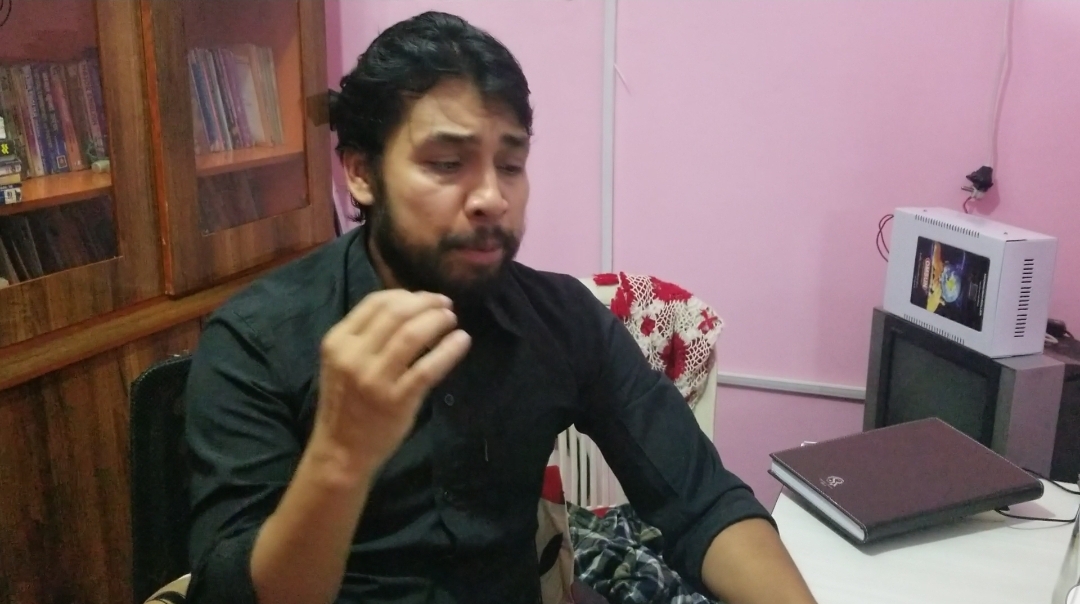 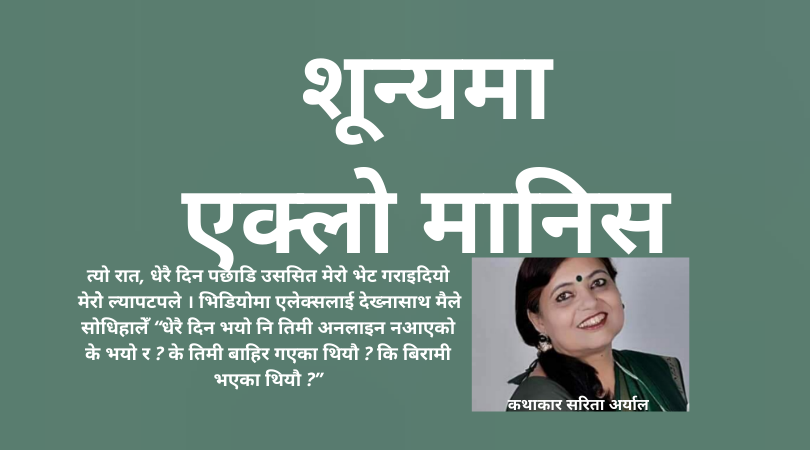 I teach public school. I love my students. I don’t want to die