Now is a perfect time to embrace the chaos of ‘Smash’ 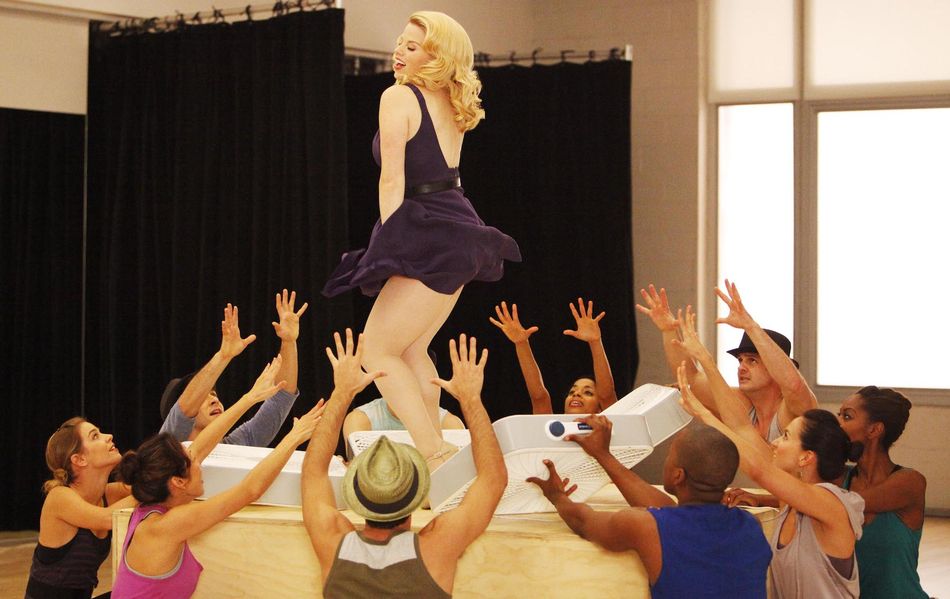 In times that feel as absurd as a TV show, there’s no better move than embracing a show that was absurd to begin with. Enter NBC’s Smash, an unhinged TV musical that debuted in 2012 and embraced a swift slide into madness.

Back then, watching it was enough to make you feel you’d lost your mind. But in 2020, it might be the perfect fantasy antidote to everything else.

Smash follows the creation of a Marilyn Monroe musical on Broadway, from the first seeds of an idea voiced by an audacious music assistant to a cast workshop to an off-Broadway debut. We follow Bombshell to the stage through its writer, composer, director, producer, and the two women who vied to portray Monroe herself: Ivy Lynn (Megan Hilty) and Karen Cartwright (Katharine McPhee).

Smash came at a time when America needed it desperately, but was not ready to receive such a gift. Glee had dipped from its early glory, leaving many former viewers feeling empty and betrayed. They (we) yearned for a musical TV show, but whomst was brave enough to take the mantle? And as writer Julia (Debra Messing) notes in the Smash pilot, the timing was eerily fortuitous for a show about Marilyn Monroe, with films like My Week With Marilyn bringing her legend back to the cultural forefront.

There can be no enjoying Smash, at least not unironically, without somehow digesting the depraved false equivalence of Ivy and Karen vying for this role. Ivy (and Hilty) is experienced with stage musicals, belting Marc Shaiman and Scott Wittman’s original songs for the show so fully that you’ll feel them in your bones even from the living room sofa. McPhee, a former American Idol winner, works perfectly as what that show trained her to do: Record pop songs. Her voice is smooth and breathy, ideal for a playback and entirely amiss amid a chorus of dancers waiting for a vibrato that will never come.

“I have a pretty clear idea what I bring to the party,” -Ivy Lynn, an icon, on Smash

Once you accept that pretense, the other madness is positively breezy. Season 1 is notorious for producer Eileen’s (Anjelica Huston) lowlife assistant Ellis (Jaime Cepero), whose penchant for eavesdropping and manipulation would give a young Thomas from Downton Abbey a run for his supper. There’s also Julia’s teen son who looks 40 (I looked it up, he was 22) — a career-worst performance from Emory Cohen, which I feel fine saying now that he’s done work like Brooklyn and is probably fine. Both characters are unceremoniously dumped by Season 2 with no explanation, not that we need one.

Despite being the more experienced performer, Ivy snaps quickly to diva status when she lands the lead for a Bombshell workshop. It doesn’t help that she’s now dating director Derek (Jack Davenport) and is extra-sensitive to even breathing the same air as Karen, whether she’s singing too loud, over-performing, or slowing things down. Ivy’s poker face is so dismal that Derek should consider recasting her on acting ability alone.

Ivy isn’t entirely in the wrong here. The show often paints her as an antiheroine to deepen the divide between these women for drama’s sake — two women who, had either of them been a real professional, might’ve put their differences aside for the good of the performance. This might be dramatic, but a column about Smash seems like the best place for it: When you’re part of a team, you lift each other up. The strongest bond between sports and arts, between the Monroes and DiMaggios of the world, is working with others toward something that’s bigger than all of you.

If you’re going watch or rewatch Smash, you must prepare for the inevitable heartbreak. The show is at least responsible enough to dole out its batshit in incremental doses throughout the first season, but Season 2 falls apart faster than Ellis leaking a secret.

There are even more shameless pop covers, and while Hilty’s take on Robyn’s “Dancing On My Own” in a dream sequence will never be unwelcome anywhere, these songs feel forced alongside actual diegetic originals. Then again, Season 2 also brings in Jeremy Jordan and the new musical Hit List, with music and lyrics by Marc Shaiman, Scott Wittman, Drew Gasparini, Joe Iconis, Andrew McMahon, Benj Pasek, Justin Paul, and Lucie Silvas. I haven’t listened to “Heart-Shaped Wreckage” since 2013 because I know I’ll cry off my eye makeup if it plays on shuffle, and that, my friends, is self care.

Love triangles — or perhaps “sex triangles” is more apt — crop up without warning or buildup. Already unbalanced characters unravel even further. It’s Karen in the lead, or is it Ivy, and where’s Rebecca (Uma Thurman), and who’s Derek sleeping with this week? There’s a death, a near-murder, multiple coups, arrest, unplanned pregnancy (I haven’t even mentioned the “Bollywood” atrocity but believe me, I have thoughts) — and still, eight years later, fans shake their heads that Karen and Ivy were ever the final two choices for Marilyn.

It takes a measure of skill to make a show that memorable on its premise alone without getting into the bizarre details. But that’s Broadway, baby, and that’s Smash. (Copied from Mashable here)