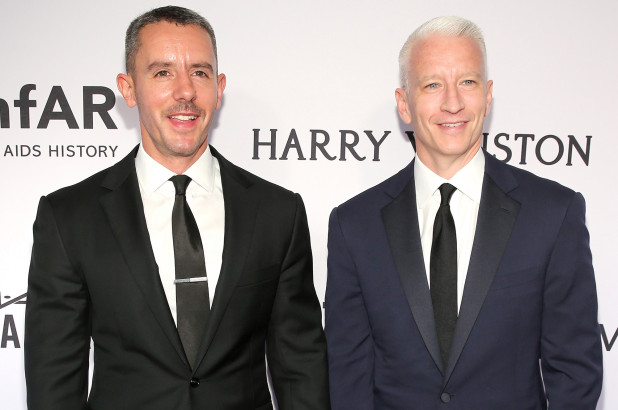 Anderson Cooper said Tuesday that he has decided to co-parent his new son with ex boyfriend Benjamin Maisani, and declared that his friends have become his family.

The CNN host told Howard Stern on SiriusXM’s The Howard Stern Show that he has remained close enough to his former flame, Benjamin Maisani, whom he dated for a decade, that he asked him to help raise Wyatt Morgan.

“Don’t you want a clean break from this guy? I mean this was a guy, you were in love, you had a close relationship, why have him involved?” Stern, 66, asked.

“I don’t really have a family, so my friends have become my family. This is somebody I was involved with for 10 years,” Cooper, 52, answered.

“He’s a great guy,” Cooper said of Maisani, 47, and why they’re co-parenting Wyatt together.

“We didn’t work out as a couple, but … when I was a little kid, it was just my mom and my brother, but it was my mom — she was not the most parental person and I wish some adult after my dad died had stepped in and just been like, ‘You know what, I’ll take you to a ball game,’” he said.

“Or, ‘Let’s go out to lunch every now and then, and let’s just talk.’ You know, no one ever did that and so I thought, well if something happens to me or even if something doesn’t happen to me, if more people love my son and are in his life, I’m all for that.”

“You know, my ex is a great guy, and I think it’s good to have two parents if you can.”

Cooper added that while he plans on going by “Dad” or “Daddy” by Wyatt, Maisani, 47 who speaks French to him will be called “Papa.”

Cooper told Stern he has no idea what Maisani says to Wyatt in French, “He could be turning the kid against me, I don’t know.” (Copied from here)