Movies for the End of the World 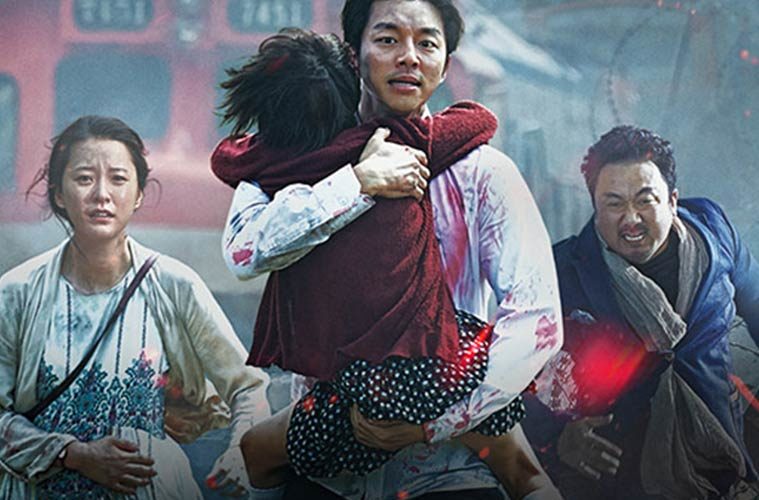 Wild Reeds holds a special place in my heart. There are some movies (mostly French films) which just have a certain feeling to them. I never know how to describe it. This one takes place at the end of the Algerian War and is about François, a young teen who starts to have feelings for two of his male classmates; the country boy, Serge, and a French-Algerian intellectual, Henri. It was François’s innocent, longing eyes which struck me most upon a first viewing, but the love triangle which plays out between these boys and their friend Maïté—the daughter of their teacher—is filled with such naive yearning… it makes me remember the first time I felt ‘in love.’ It’s unrequited love in this case, but something about it is still oddly comforting to me. François holds on to that love as tight as he possibly can.

Naked was my first Mike Leigh film, and although I’ve seen and loved many others since, this one remains my personal favorite in his filmography. David Thewlis delivers one of the most angry and energetic performances I’ve ever seen. It’s so ugly at times, but you just can’t look away. He feels like a Cassavetes character combined with the grotesque physicality of Denis Lavant’s ‘Merde’ in Tokyo! and Holy Motors. The film is described on Letterboxd as a “nocturnal London odyssey,” and I can’t possibly think of a better way to phrase it.

Everybody talks about Good Time and Uncut Gems—two films I love dearly—but this is perhaps still my favorite from the Safdie Brothers. It’s certainly their most tender movie, and having been partly inspired by their own relationship with their father, it feels the most real to me. Daddy Longlegs (alternatively titled Go Get Some Rosemary, or Lenny and the Kids) is about a young dad who is spending two weeks with his sons, the whole time trying to simultaneously be their father and their best friend. Hijinks ensue, and it becomes a New York movie unlike any other, almost a cross between Ira Sachs’ Little Men and Scorsese’s After Hours. I’m praying for the day Criterion releases this on Blu-ray.

If you’re looking for a movie that will remind you why you love the movies, but also makes you cry, then look no further! This is Varda’s love-letter to her late husband, Jacques Demy. Jacquot de Nantes loosely traces Demy’s childhood through late adolescence and his journey into filmmaking. A feat of casting, three different actors wonderfully play the young Demy and the transition between years is seamless. I sincerely hope that one day I find somebody who loves me as much as Agnès loved Jacques. It’s heartbreaking.

Perhaps the most chaotic movie on this list, Rachel Getting Married is a movie that I’ve watched so many times because it feels like a magic trick. It really shouldn’t work as well as it does. The sloppy handheld camera work can feel off-putting at fist, but once you settle into Demme’s documentary-like rhythm, you understand why he had no other choice but to film it this way. Hathaway delivers what I think is her greatest performance to date, one which makes you feel so fucking uncomfortable it’s hard to watch at times. Also, Rosemarie DeWitt co-stars and I just love her to death.

I don’t know if this is my favorite Visconti movie (that might be Rocco and His Brothers or Death in Venice), but this is certainly the one I can’t stop thinking about. It feels dangerous and raw, and Visconti cast a bunch of incredibly hot men to play Nazis. I’m not sure I fully understand all of the politics at play here, but the violence feels authentic, and the first time I watched it, I started it over from the beginning as soon as it ended. Maybe don’t watch this if you’ve never seen any of Visconti’s other work(?), but it could make for a nice double feature with Fosse’s Cabaret.

I actually just saw this one for the first time last week, and it had been sitting on my watchlist for YEARS. It’s amazing. Kieslowski is amazing. Blue is certainly my favorite in his Three Colors trilogy, mostly because of Juliette Binoche. The whole movie is pure poetry, and Sławomir Idziak’s cinematography is breathtaking. It’s about a woman mourning the death of her husband and daughter, and I can’t help but see this as one of the primary influences for one of my other favorites, Olivier Assayas’s Personal Shopper. If you’ve never seen either, make this your next double feature.

Thief is easily Mann’s most beautiful movie. Like Three Colors: Blue, the cinematography took my breath away, but unlike his other films, this has more in common with Melville’s Le Samouraï than it does with something like Heat or Miami Vice. It’s one of the greatest heist movies ever made, combining the careful pace of a film like Rififi with a dark, dangerous, slow-burning intensity. I can’t recommend this one highly enough.

I adore everything Mia Hansen-Løve has ever made, but in preparation for her new film Bergman Island (which probably should have played at Cannes this week if the festival had run), you should go watch all her other movies. You could just as well start with Things to Come or Goodbye, First Love, but Eden is the one I saw first and it drew me in completely. The film is about several years in the life of a young DJ from Paris (played by the adorable Félix de Givry). What I adore most about Hansen-Løve’s movies is that we just watch people live their lives. You might think it sounds boring, but the comfortable routines of these characters becomes hypnotic, and before you know it, the movie is over. If nothing else, watch this one for the (small) supporting roles from Greta Gerwig and Brady Corbet!

The Best Years of Our Lives is the longest movie on this list, but I think that only makes it all the more devastating. This one’s about three veterans returning home from WWII. What is supposed to be a happy return to their normal lives quickly becomes a nightmare for these men and their families. Wyler directs this beautiful, elegiac, anti-war drama that’s perhaps the softer cousin of something like Cimino’s The Deer Hunter. There are some striking similarities between the post-war job market/economy and the one we are facing today (even before the pandemic). With too many overqualified people competing for too few jobs— in some cases forcing the men to return to the entry-level jobs they swore they’d never go back to—and barely making enough money to support themselves, let alone their families and loved ones… this movie hits home. It might make you more depressed in quarantine, but if you’re in need of a good cry and a reminder that history keeps repeating itself, this is certainly the movie for you.

(These movies are KevinBertolero’s pandemic watchlist. it is copied from his blog here)

Kevin Bertolero is the founding editor of Ghost City Press and is the Associate Director of the Kettle Pond Writers Conference. He holds degrees in literature and film from Potsdam College and the University of New Hampshire. Follow him on Twitter @KevinBertolero and on Letterboxd @KevinBertolero.