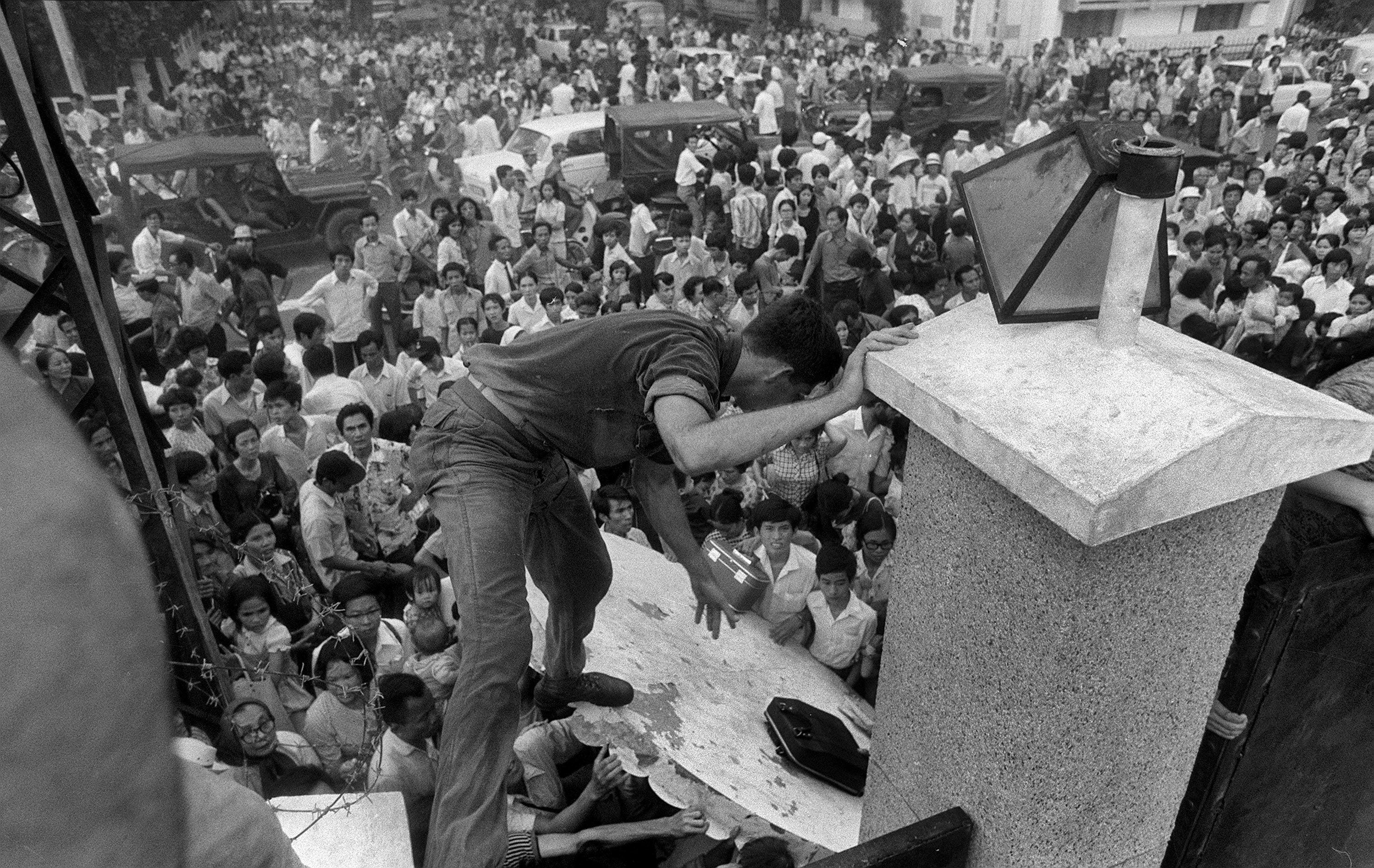 As I sit down to start writing this piece, the chaotic scenes of group panic at the Kabul airport in Afghanistan continue to unfold. They bring back memories of similar painful images at the Tan Son Nhat airport in Saigon 46 years ago.

Our family of four, including my pregnant wife and our two small children, then 4 and 8 years old, were sitting on the floor of a C-130 about to take off. The aircraft was crowded but strangely quiet. Everyone stared down and avoided eye contact. It was a moment of collective humiliation, to have to leave one’s country under these circumstances. The irony was that we knew we were being saved by the very same foreign government that did not stand behind its commitment to its allies in South Vietnam. We did not know where exactly we were heading, or what to expect in the days and months ahead of us. It was a moment of total uncertainty.

Although 46 years apart, the parallels between the events in Saigon and Kabul are striking. Once again, we see scenes of a capital in agony, with everyone taking to the streets with no clear direction. We remember images of people climbing over the walls of the U.S. Embassy in Saigon; now in Kabul, it’s people climbing over barriers at Hamid Karzai International Airport or chasing military airplanes on the tarmac. But the similarities do not stop there.

The Americans are withdrawing their troops after 20 years in Afghanistan. That is almost the same as the 21 years between the beginning of U.S. political involvement in Vietnam starting with the 1954 Geneva agreements and the Communist takeover of Saigon on April 30, 1975. And there is more. As in Vietnam, the Americans in Afghanistan treated their opponents with more respect than their allies. Though their opponents have easily identified names — the Vietcong and then the Taliban — they minimized their own allies as temporary “regimes” based in Saigon or Afghanistan.

The Vietnamese refugees who arrived in the United States starting in April 1975 were not always made welcome, as the winners of a popular war might have been. Even the veterans — American and Vietnamese alike — were not warmly received everywhere, despite the service they had given to their countries. This country does not like to lose and does not know how to lose. Afghan refugees should not expect to be welcomed with parades like the gold medalists returning from the Tokyo Olympics.

A war does not end with a cessation of military battles. It continues with a more human aspect: how the refugees from that conflict and its aftermath are cared for. Coming from a country torn by war over many decades, many of the Afghans now being evacuated have been internally displaced more than once in their lives. But only now that they are outside their country of nationality or habitual residence are the coming Afghans considered refugees under the international Convention of 1951 or the Protocol of 1967 Relating to the Status of Refugees. Their new neighbors should remember that this is not the first move many Afghans new to the United States have made, but it might be the most dramatic.

When my family escaped from Saigon, we took little more than the clothes on our backs. The first morning I woke up in Arlington, I took a stroll in the new neighborhood. I was struck by the scenes of people heading to work, going about their business in peace and an orderly way.

I savored the concept of equality at a McDonald’s restaurant where everyone, rich or poor, would receive the same burger and fries after paying the same amount, then about 89 cents. To me, it was and remains what I would call “McDonald’s equal treatment.”

We moved about 12 times, from the East Coast, to the Midwest, to the West Coast. In the United States, I have been, almost without transition from my last legal staff position in Saigon, a dishwasher, a shoe repairer, a newspaper delivery person, a French teacher, a clerk. I would take any jobs available, accept any shifts, including a position walking the beans and detasseling corn under the scorching summer heat in Iowa. I returned to law school and eventually became an immigration judge in San Francisco. My story simply was the path taken by successive waves of immigrants before me.

The United States did not win the war against the Taliban. But now is when the American people can step in and provide the Afghan refugees a haven whereby they can join “we the people” to “form a more perfect Union” for themselves, their children and their grandchildren.

Incoherent Memories: My Mother’s Heart Attack, Covid-19, and Lessons from…

Why He Left Nepal?